Citi's history in Russia began almost 100 years ago and is closely tied to the dramatic events that unfolded during that period of the country's history. Citi has always acted as a unifying link between the Russian economy and other world economies and played an important role in the development of the country's trade and external economic relations.

Citi first entered Russia on the eve of the Revolution. In 1916, Citi, then-called National City Bank (NCB), underwrote bonds to support the government of the Russian Empire as World War I took its toll on the country's resources. Believing that Russia would soon emerge from the war and embark on a period of rapid economic development, NCB executives established a branch in Petrograd on January 15, 1917. Just two months later, the tsar was forced to abdicate, and a new, liberal government took power. Even as the battles raged in the streets of Petrograd, the bank established a new branch in Moscow in November. By December, the new Bolshevik government had taken control of the major cities of European Russia. On February 3, 1919, the bank established a branch in the city of Vladivostok in the Far East, a meeting point for retreating soldiers and refugees. On March 13, 1920, all three branches were closed.

Between 1920 and 1970, diplomatic and economic challenges – followed by WWII and then the Cold War – prevented the bank from re-entering the country. In the 1970s, however, during the period of détente, U.S.-Soviet trade increased, and there was greater contact between the two countries. In June 1973, the Soviet government gave Citi permission to establish a limited presence in the U.S.S.R., and, in 1974, the bank opened a representative office in Moscow on Karl Marx Avenue. Six years later, with the onset of the Afghanistan War and increasing tensions between the East and the West, the office was shut down. In 1992, following the collapse of the Soviet Union and emergence of the Russian Federation on the global marketplace, Citi once again had the opportunity to open a representative office in Moscow.

Having opened its office on October 1, 1992, by November 1, 1993, the bank had received all the necessary licenses to provide banking services in the Russian Federation, thus becoming one of the first international banks to enter the Russian market. In January 1994, Citi was inaugurated as a financial institution focused on corporate banking services, financing and trade. In 1995, Citi advised Mosenergo – the largest generating company operating on fossil fuel in Russia – on the first-ever ADR issue by a Russian company. It was Citi Russia's first major deal after its opening. On February 7, 1996, the bank opened a branch in St. Petersburg. Citi engaged in business and development financing for government bodies and a wide spectrum of corporate clients.

In 1998, Russia was hit by a financial crisis; although many other international banks left, Citi remained. As a result, Citi Russia became stronger and greatly expanded its presence in the Russian market. In November 2002, the bank launched a retail banking business and began to expand its presence with new branches and sales centers. By 2010, Citi's retail operations in Russia were serving more than one million Russian clients.

Today, Citi in Russia, represented by AO Citibank, is one of the largest and best-capitalized banks in the country.

Citi's clients, from major international corporations to small and medium-sized enterprises, from government agencies to individual consumers, have access to the full spectrum of banking services and are provided with integrated and innovative financial solutions. Moreover, our clients can confidently trust Citi with their financial wellbeing – in 2013 and 2014 Citi named Citi the most reliable bank in Russia by Forbes magazine.

In 2014 according to Euromoney's annual survey Citi was named the Best Domestic Cash Manager in Russia and Global Finance called Citi the Best Corporate/Institutional Internet Bank in the region (which includes Russia and the CIS) for the sixth consecutive year.

In 2002, Citi Russia launched consumer banking operations by opening its first retail branch in Moscow. Citi serves retail customers in Russia through more than 50 retail branches and 550 ATMs, and online and telephone banking. The majority of our customers turn to Citi for more than just one banking service: they choose Citi for our easy access accounts, convenient banking services and advanced security and fraud protection. We attract, train and inspire the best people to deliver excellence in client service.

In recent years Citi has substantially expanded its private banking offer, providing a wide range of wealth management products and services for high-net-worth individuals, including through our exclusive Citi Private Client branches which opened in Moscow and St. Petersburg in 2012 and 2013. A major upgrade of Citi's online banking platform was implemented in 2014, providing clients with unparalleled access to world markets and innovative financial management functions, including FX Order Watch covering 10 world currencies.

Working through the Citi Foundation, Citi supports projects in Russia which correspond with the bank's global community development focus areas — Financial Inclusion and Youth Economic Opportunities. Over $1 million was allocated for projects in Russia in 2014, bringing the total investment in social programs in the country to more than $11 million since 2001. In 2014 Citi was – for the fourth time – among the winners of the Leaders in Corporate Philanthropy awards organized by Vedomosti, PricewaterhouseCoopers and the Donor's Forum.

We not only provide financial assistance but also support our employees in their endeavors to participate in volunteer and charity programs. In 2014 more than 700 employees in all 12 cities where Citi has a presence in Russia volunteered on Global Community Day, helping to make our communities a better place to live for all. Our approach is "more than philanthropy," and we support innovation and share our experience for the sake of achieving visible changes and positive results. 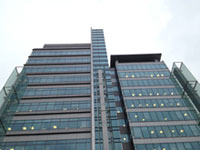