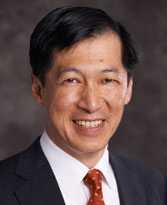 Bradford Hu is the Chief Risk Officer for Citi. In this role, he leads the global Risk Management organization, which is responsible for developing the Group’s risk governance framework, recommending its risk appetite and ensuring that all risks generated by the business are measured, reviewed and monitored on an ongoing basis. Mr. Hu reports to Citi CEO Michael Corbat and is a member of Citi’s Executive Management Team.

Before assuming this role in January 2013, he served as Chief Risk Officer for Citi Asia Pacific, where he was responsible for managing the firm's risks across all of Citi’s businesses in the region’s 17 markets, including consumer banking, corporate and investment banking, securities and trading and private banking services.

Prior to joining Citi in 2008, Brad worked at Morgan Stanley for more than 20 years, where he served as CEO of Morgan Stanley Taiwan and held a number of senior leadership roles in Firm Management, the Global Equity Division, Global Capital Markets, and Investment Banking. Brad has more than 15 years of experience in Asia, having worked and lived in Hong Kong, Tokyo and Taipei.

Brad graduated from the Massachusetts Institute of Technology in 1985, earning S.B. and S.M. degrees in electrical engineering and computer science with a concentration in economics, and received his M.B.A. with High Distinction from the Amos Tuck School of Business Administration, Dartmouth College, where he was elected Edward Tuck Scholar. Brad is married with two children.