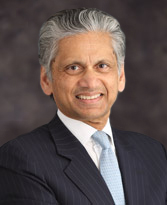 Rohan graduated from Harvard College in 1972 and received his M.B.A. and J.D. from Harvard Business School and Harvard Law School in 1977. He is a Trustee of the Carnegie Endowment for Peace and a director on the board of The Clearing House Association.