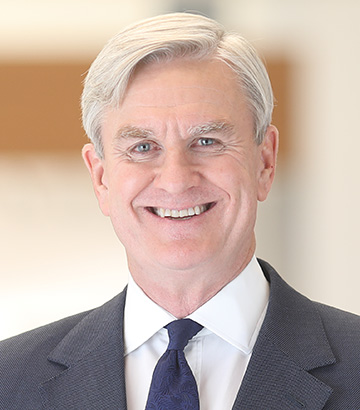 David Livingstone was appointed Chief Executive Officer for Citi Europe, Middle East and Africa (EMEA) in February 2019. In this role, he is responsible for Citi's businesses throughout EMEA, where Citi maintains a physical presence in 55 countries and does business in 52 more. David is a member of Citi's Executive Management Team.

Prior to assuming his current position, David was Citi Country Officer for Australia and New Zealand from June 2016. He was responsible for Citi's business in Australia and New Zealand, including developing and implementing business strategy; fostering client relationships; managing risk and controls; and enhancing and protecting Citi's reputation in the region. He also was a member of the Asia Pacific Executive Management Team.

David joined Citi from Credit Suisse, where he was Vice Chairman of the Investment Banking and Capital Markets Division for EMEA region and a board member of Credit Suisse International and Credit Suisse Securities (Europe) Limited, the main operating entities of the group in Europe. He was also head of the mergers and acquisitions business for that region. He served as Chief Executive Officer of Credit Suisse Australia, a role he held from 2010 to 2013.

David joined Credit Suisse in 2007 from HSBC, where he was a Managing Director and head of EMEA Investment Banking Advisory. Prior to that, he worked at the Goldman Sachs Group, Inc. for 16 years in a variety of senior roles. David holds a Bachelor of Arts Honors degree in Economics from Macquarie University in Sydney and a Master of Arts degree in Law from Jesus College, Cambridge.