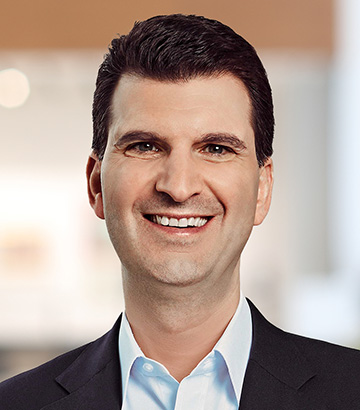 Edward Skyler joined Citi as Executive Vice President in 2010 and is now Head of Enterprise Services and Public Affairs. Reporting to the CEO, he oversees the primary functions that shape the reputation of Citi, including Communications, Government Affairs, Marketing, Sustainability/ESG, Community Investing and Development and Citi’s compliance with the Community Reinvestment Act (CRA). He has responsibility for managing certain global operations, including Aviation, Colleague and Client Services, and Citi’s Real Estate portfolio. He chairs Citi’s Reputation Risk Committee and the Board of the Citi Foundation. He also shares leadership of Investor Relations and Regulatory Affairs.

Prior to joining Citi, Edward served as a member of Mayor Michael R. Bloomberg's administration from 2002 to 2010, rising to the position of Deputy Mayor for Operations for the City of New York. In that capacity, he oversaw the performance of the City's main operational agencies and served as a top budget, legislative and labor negotiator. He oversaw four consecutive balanced and on-time City budgets; negotiated legislation to reform lobbying and "pay-to-play" practices; and spearheaded critical initiatives such as the overhaul of the City's 911 system and its sustainability agenda.

Edward has stayed involved in civic life and served as Chairman of the Citizens Budget Commission. He is also an Executive Committee Member of the New York Police & Fire Widows' & Children's Benefit Fund and is a Trustee of The Paley Center for Media. He has been honored by several organizations, including Global Kids, Graham Windham and the YMCA of Greater New York.

A member of the New York State Bar Association, Edward is a graduate of the University of Pennsylvania and earned a Juris Doctor degree from the Fordham University School of Law.