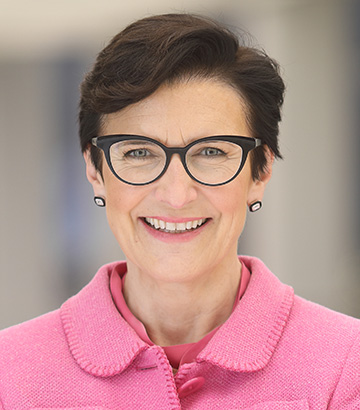 Jane Fraser is the Chief Executive Officer of Citi, the world's most global bank, which serves millions of consumers, businesses and institutions across 160 countries and jurisdictions. She is the first female CEO in the firm’s history.

Since becoming CEO in March 2021, Jane has launched a multi-year strategy to increase Citi’s profitability and better position the firm for the speed and complexities of the digital age. This effort includes the transformation of Citi’s risk and control environment by modernizing infrastructure, striving for operational excellence and investing in Citi’s culture. Jane is committed to making Citi the preeminent banking partner for institutions with cross-border needs, a global leader in wealth management and a valued personal bank in its home market of the U.S.

During her 18-year career at Citi, Jane has held leadership roles across Citi’s consumer and institutional businesses. Before becoming CEO, she was President of Citi and CEO of the Global Consumer Bank, responsible for all of Citi’s consumer businesses in 19 markets. She also spearheaded the firm’s efforts to navigate the COVID-19 pandemic, which she carried into her position as CEO.

Before joining Citi, Jane was a Partner at McKinsey & Company. She started her career at Goldman Sachs in the Mergers & Acquisitions department in London and then worked for Asesores Bursátiles in Madrid.

Jane serves on the Board of Directors of the Business Roundtable and the Council on Foreign Relations. She is Vice Chair of the Partnership for New York City and a member of Harvard Business School’s Board of Dean’s Advisors, the Stanford Global Advisory Board and the Economic Club of New York. Jane has an M.B.A. from Harvard Business School and an M.A. in economics from Cambridge University. She is married with two children.